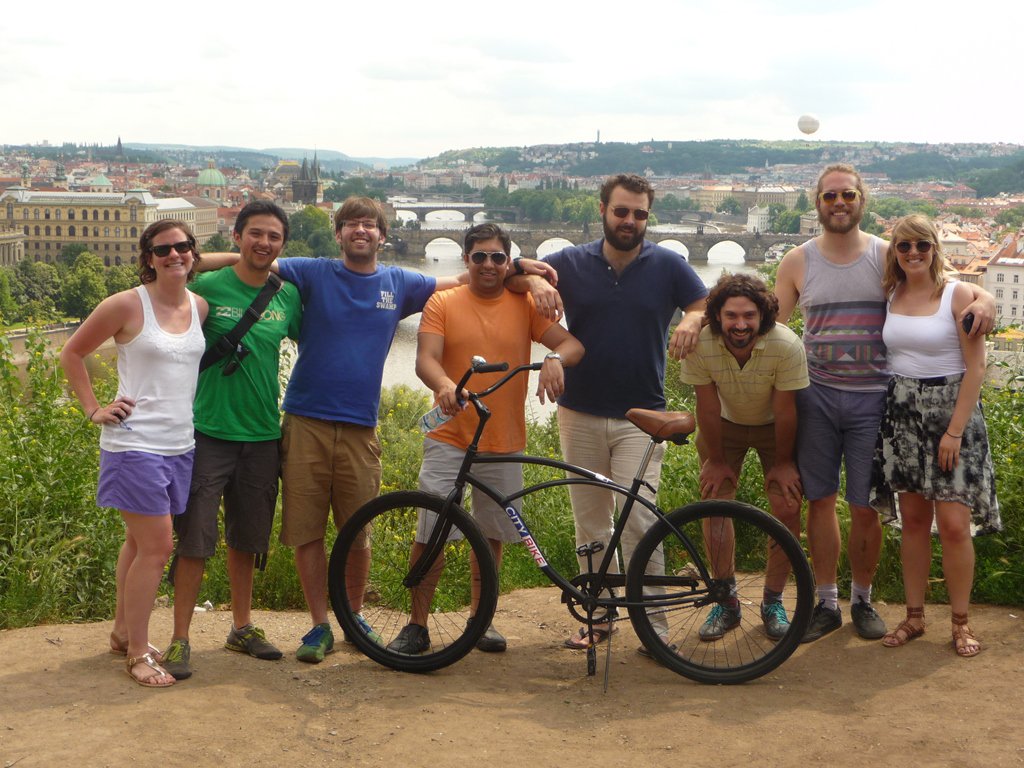 We will look into magical places, such as the Old Town Square that is the oldest and the most important square of the historical city. It is in a company of such historical and famous buildings, such as the Old Town City Hall with the world-famous Astronomical Clock, the unigue St. Nicholas Church and Church of Our Lady before Tyn as well as a lot of palaces in diferent architectural styles. From this ancient heart of Prague we will move to the magic Jewish Quarter that is also known Josefov. The Jewish Quarter is a part of the city where the Jewish people gathered for long centuries. And after the spell of this mysterious place you will enjoy the view of Prague crossing the Vltava River. Your thoughts will be carried away by the river which is very well known from the music composer Bedřich Smetana.

Above the steep banks of the Vltava River you can be fascinated by the views of the Prague Old Town from Letná Park (Letenské sady in Czech). When the Velvet Revolution took place in 1989, a plain next to the Letná Park became a place of very important demostrations against the Communism. These protests were being followed by a general nationwide strike in November 1989.

And one of the most exciting places in Prague is undoubtedly the Prague Castle which is a seat of the Czech kings and presidents.

Thanks to this experience you will get to know the Czech history and soul of Czech nation even better.