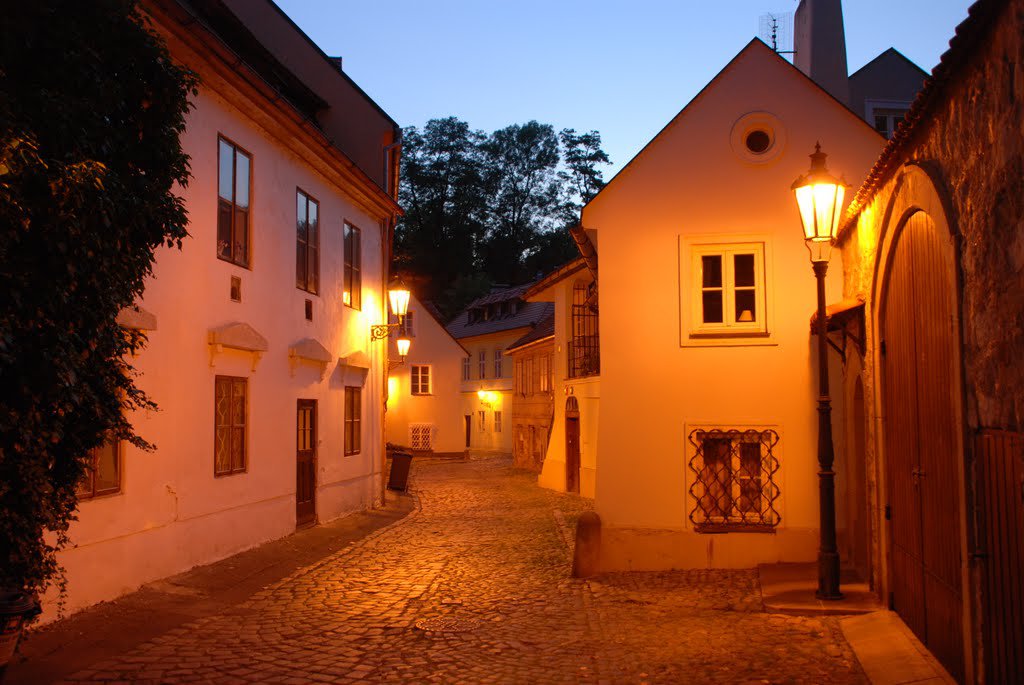 Visitors can admire historical buildings which were built in the 15th century with their mysterious spell. Golden Line consists of eleven historic buildings that are equipped to show the life of ancient world. Golden Lane was built at the time when a new outer wall was created to the Romanesque castle complex. There are medieval armoury or textile displays at the top level of the houses. You can shoot a crossbow too.

The name was derived according to many goldsmiths who lived in these houses; however, some of them were rather alchemist than goldsmith. Originally, there used to be smaller dwellings. Today they were replaced by these types of houses. To enter to the Golden Lane you have to pay a ticket.