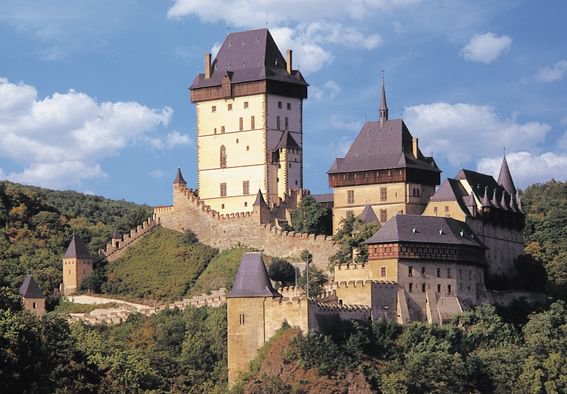 Another important sight of Prague is Karlstejn Castle. The castle was found in 1348 by Charles IV who was the Holy Roman Emperor and the King of Bohemia. This gothic castle used to serve as a site where Imperial Regalia and also Bohemian crown jewels, holy relics, or the other royal treasures were kept. The Chapel of the Holy Cross is the centre of the treasury and we can find it in the Great tower which was consecrated. The castle was rebuilt in Renaissance style at the end of the 16th century as it was severely damaged by fire in 15th century. You can find Karlstejn Castle just about thirty km far from Prague (there is the village that bears the same name) and the castle itself belongs to one of the most important and most frequently visited sights in the Czech Republic.