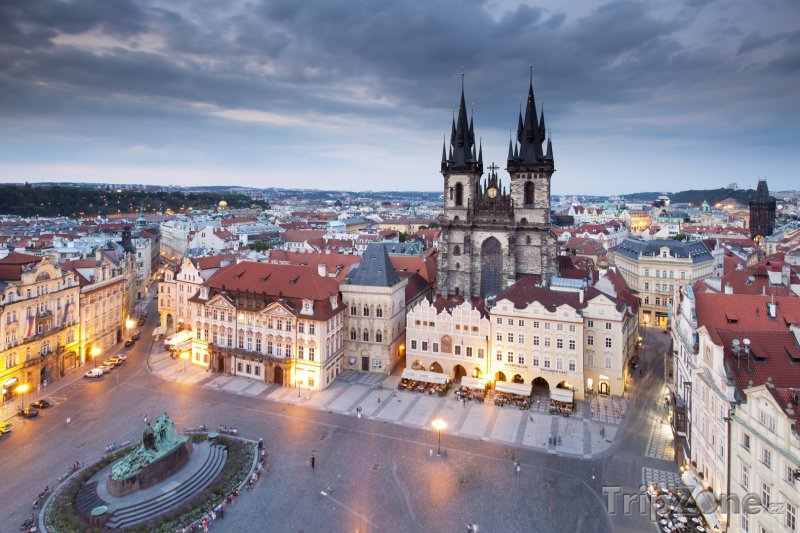 The Old Town Square belongs to the most impressive and at the same time the oldest parts of the capital of the Czech Republic. This is located near the ancient landmarks and monuments, for example the Old Town City Hall where we can find world-known Astronomical Clock, mystical St. Nicholas Church or marvellous Church of Our Lady before Tyn.

There are also a lot of buildings in different architectural style which present historical development of Prague. The Old Town Square was the heart of old Prague since the Middle Ages because this place used to be a market place at the crossing of European merchant’s roads.

How it used to be named

As the place was founded during the 10th century as a site where many different types of goods were sold, it bore a lot of names up todays. The oldest one known was the Big Square and after it it became the Old Market or the Old Town Place. The name which we know nowadays comes from the end of the 19th century.

Very first buildings which were erected in here come from the 12th and 13th century. We can distinguish their Romanesque or Gothic foundations, basements or ground floors. The Old Town City Hall was there in the 14th century and the Old Town Square meant for the economic and political heart of the city.

Coronations and executions were hold in here

There used to be seen coronation parades through the Old Town Square since 1311. However, its residents could see also tragic events, such as executions in here (for example Jan Zelivsky was executed in here in 1422 despite of heavy wave of protests).